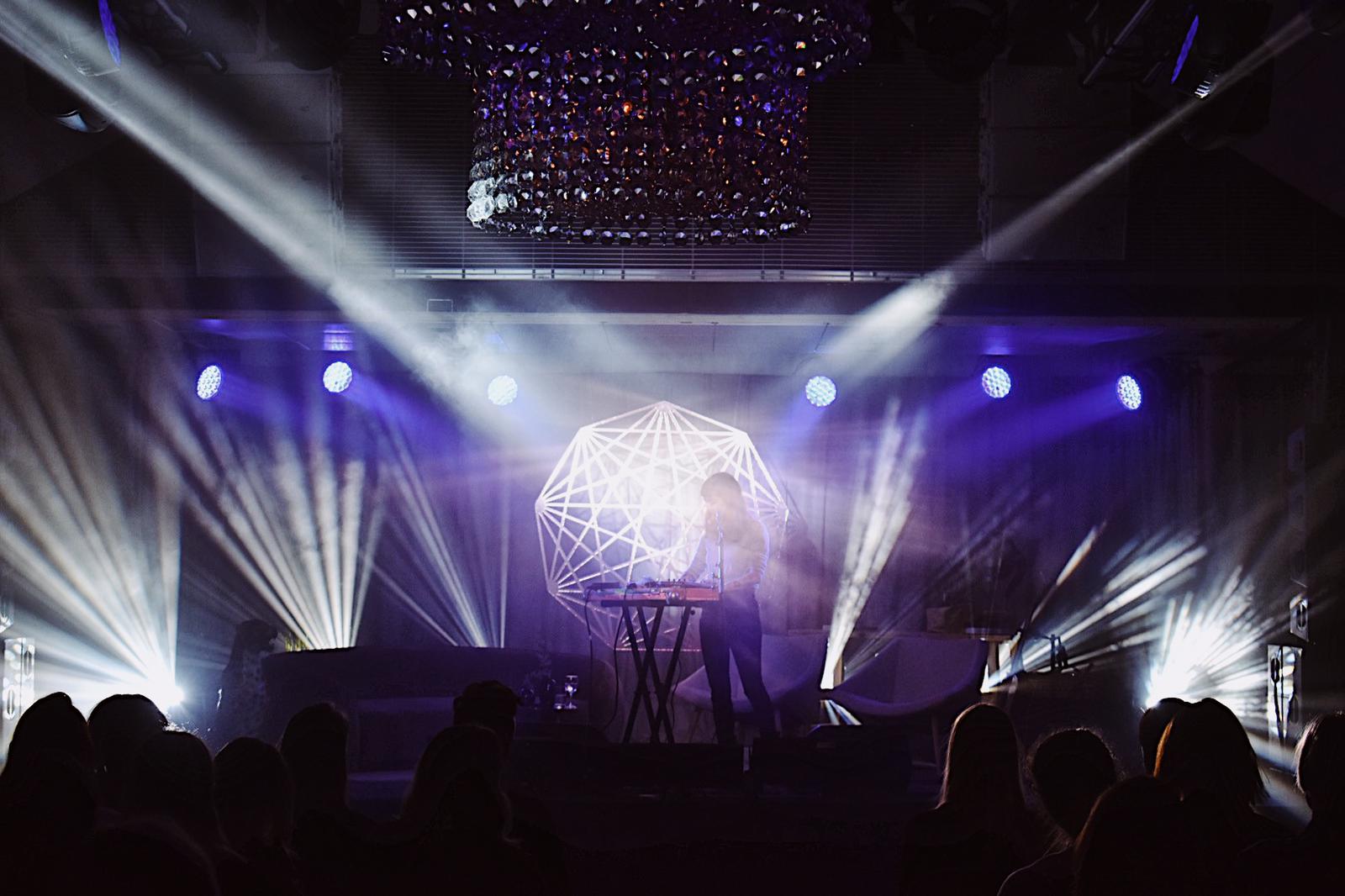 Closing the gap for women in creative arts and media

As we were setting up our plans for International Women’s Day this year, we saw a huge gap right here in one of our own domains: There is not enough light shone on the circumstances for women in creative arts and media. We were part of founding the much needed Swedish Women In Tech conference (the largest one in the Nordics) in 2014, and now we set out to do something similar for innovative women in all other professions in our business spectrum, together with our great partners Discovery, Kinnevik, MTG, Polar Music Prize, The Moth, and Google.

Women in creative arts and media have a direct and lasting impact on culture and society, and we wanted to create an inspirational exchange for them. We named the festival after the inspirational goddesses of literature, science and the arts in Greek mythology. They were considered the source of all knowledge in this space and it makes sense to us to bring the thunder back where it belongs, with the muses.

We started out at a true position of power, with investor and industrialist Cristina Stenbeck who spoke about being in a position of power, and how to take on the power that’s bestowed on you. She spoke a lot about courage, that the first step is to show up and to not be afraid to make decisions. You don’t have to know everything, hire great people to fill the gaps. And once you are in a position of power, it’s important to also share it, and your experience so you can empower others and break down structures that are in our way. She ended her keynote with optimism and a call to action: “This is our time. Let’s take it for ourselves, bring others with us and create something truly sustainable!”.

“This is our time. Let’s take it for ourselves, bring others with us and create something truly sustainable!”
Cristina Stenbeck

Next up on stage was Dr. Fern Riddell who is a historian specializing in sex, suffrage and culture in the Victorian and Edwardian eras. Do note the Doctor title, and how she was once not so long ago told that she needed to get that title before she would be credible enough to talk about her expertise on TV, something that perplexed her as she saw countless men speaking on TV without a doctor’s degree. She spoke about the subject of one of her books: Suffragette Kitty Marion who not only fought so violently for suffrage in England that she had to leave the country for the US but went right on to be a founding member of Planned Parenthood. She was considered one of the most dangerous women in England and she was at the forefront of bringing about some of the most important women’s rights changes in our history, yet no one even knows her name. “How can this be?” asked Dr. Riddell and went on to tell us all to take our history back and change our own fate. She then spoke about the importance of male allies, and brought an important one up on stage, Dr. Ahmad Sarmast.

“Go and look, take your history back.”
Dr. Fern Riddell

Dr. Ahmad Sarmast, founder and director of the Afghanistan National Institute of Music and Polar Music Prize laureate, received a warm welcome up on stage. He came to Stockholm together with Zohra, Afghanistan’s first all-female orchestra, featuring students from the institute. He spoke about both the oppression of women and the horrible massacre on music and culture that was part of the Taliban regime in Afghanistan at the end of the 20th century. Women were deprived of their basic human rights and not allowed to leave their houses without the company of a male. Music was completely banned, musical instruments were hanged in the streets. Dr. Sarmast is calling on the international community: “The women of Afghanistan must never be left behind, and the people of Afghanistan must never be deprived of their right to music again!”. The institute and the orchestra are still not risk-free endeavours. Some of the students have had to fight for their education, often discouraged by family or communities, and one of their concerts was the target of a suicide bombing in 2014. “We are aware of the risk. We’ve had to invest in security. But this is one of the ways we show resilience to the Taliban and the forces who are trying to prevent progress.” said Dr. Sarmast. (We all went to the Zohra concert that night, and you can listen to it here!)

“This is one of the ways we show resilience to the Taliban and the forces who are trying to prevent progress.”
Dr. Ahmad Sarmast

Next up in the program was the women’s showcase hour where we got to hear short lightning talks on career and success in media and arts from five brilliant women who generously shared their experiences and advice so far.

We got to hear the advice Cilla Benkö, Director General and CEO of Swedish Radio would give to her younger self: Be more patient, don’t try to do everything at once. Have confidence in yourself, life is long and a mistake won’t kill you. Put time in your agenda before someone else does so you can balance your work with your life. And don’t be so obsessed with what you’re good at and not, but look more at the traits of your personality. What behavior is good and bad when it comes to triggering other people.

“Life is long, a mistake doesn’t kill you.”
Cilla Benkö

Stina Schedwin, Executive Producer at Swedish Public Service Television (SVT) spoke about creating your career outside of the norm. She still believes it’s possible to change the world but we all need to show what we can do instead of talking about it. She showed some examples of projects where she trusted the intuition and went along with ideas that made others nervous, but that turned out to have a real effect on people’s lives. There were groundbreaking shows on themes like good sex from a female perspective, stress among young women, and deadly violence in Swedish suburbs through female eyes. Stina believes in “narrowcasting”, finding the things that engage people and feels real. And she believes in opening doors for other people when you have the opportunity.

Next up was Eva Fors, Managing Director for Google Cloud Northern Europe and she reminded us to make sure to have a mission and focus on it. She told us to work like a cheetah: rest a lot but know what you want for it and really go for it when you go! Don’t just fill your days but prioritize the things that will make an impact. And be so good they can’t ignore you. But she also said to make sure that little voice that sits on your shoulder is a nice one and not an evil gremlin putting you down. Make sure to celebrate wins, share your success and always: Be kind to the people around you.

“Be so good they can’t ignore you.”
Eva Fors

Rebecca Broni, HR Business Partner at Discovery Networks, also spoke about being nice. “For a long time I thought it was bad to be nice”. Early in her career she was often told that “your elbows aren’t that sharp, you’re not pushy enough”. But since then she has realized that being kind and positive is one of her greatest assets. If that’s who you are, don’t try to be someone else but use it to succeed on your own terms. She said her best advice is to find a great leader. Following the right kind of leadership can take you anywhere, it will evolve you and develop you. When you are thinking about where to work: find out what your core value is, the one thing you can’t compromise on, and then map that to the company you’re thinking about joining. Also, don’t be afraid to end a work relationship that is no longer doing it for you. It’s ok to break up.

And last but in no way least, we heard from fearless television and radio talk show host Gry Forssell, who jumped in as a TV show host at the age of 19 “not as a career move but because it seemed like a fun thing to do” but then left the job after a year when she realized her male co-host had a higher salary than her for no reason at all. Despite never having a plan, she has moved on and had an extremely successful career as a talk show host (“I just said yes to everything that sounded like fun, but I guess this is my job now..?”) Gry’s secret to success is to lie a little when people ask you “can you do this?” or “do you have experience from that?”. Just say yes, how hard can it be? She ended our showcase session by reminding us all: “It’s 2019, it’s ok to believe in yourself!”

Music and the business

After a masterful performance by Japanese Breakfast singer Michelle Zauner, we were treated to a panel discussion with her, Jenny Hermansson (Spotify MD Nordics), Grace Ladoja (artist manager and founder of Metallic Inc), and Michelle Kadir (VP Artist Services, Sony Music Entertainment). They discussed careers in the music business, moderated by our inspiring Presenter Gemma Cairney. They agreed that a good team is everything, value your time and hire great people to do the things you can’t. Music in a universal language and diversity is important, so different messages can get out there and so everyone has the choice to say the important things they need to say or to be commercial if that’s what they prefer. They also agreed it’s important to make way for other women, to watch who you’re recruiting and to never agree to be “the token female” on the panel. A more diverse team gets better business results.

Getting hands-on and creative

The next item of the Nine Muses day was a gloriously creative one: A very hands-on storytelling workshop with The Moth where we all learned the basics of great storytelling. The choices you have to make as a storyteller, the elements of a truly compelling story, and how vulnerability is power. The room was bubbling with great stories, and most of us left the room both inspired by others’ stories and with a greater ability to take the space and tell our own story.

Before we left for an amazing performance by Zohra where the standing ovations never seemed to end, Gemma Cairney closed the festival by stating what may have seemed obvious after meeting all the people we met over the day:
Everything is going to be ok.

“Everything is going to be ok.“
Gemma Cairney

Also: A huge Thank You from all of us to all the sponsors and the speakers and everyone who took part and made it possible. Stand by for Nine Muses 2020, we can’t wait!